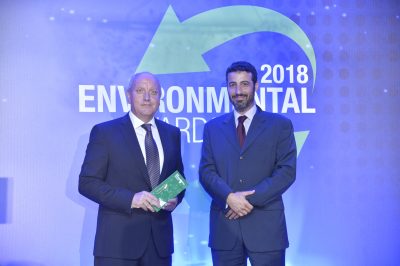 SUNLIGHT – member of Olympia Group – was awarded the Grand Award in the category “Circular Economy – Industrial Symbiosis” for its subsidiary company SUNLIGHT Recycling, which is the recycling unit of lead-based batteries operating in Komotini, Greece. 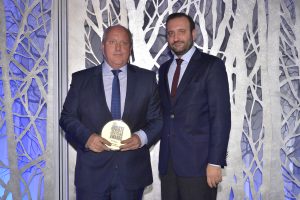 SUNLIGHT RECYCLING was awarded with the highest distinction in the Circular Economy & Symbiosis Network and Battery Recycling Business categories, at this year’s Waste & Recycling Awards that held on Wednesday, December 13th.

Through SUNLIGHT RECYCLING, SUNLIGHT’s production process is vertically integrated, enhancing its capacity and competitiveness. It contributes significantly to the reduction of imported lead and covers more than 58% of SUNLIGHT’s total lead needs for the production of new batteries. 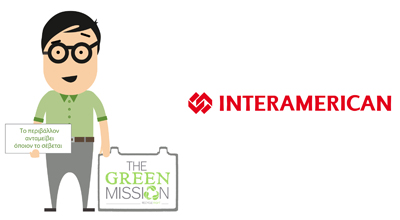 INTERAMERICAN, in cooperation with SUNLIGHT RECYCLING, will recycle its lead-acid battery waste from all INTERAMERICAN Assistance fleet vehicles, having as priority the protection of environment. With this collaboration and participation in the Green Mission, INTERAMERICAN is committed to safeguarding the natural environment from lead-acid waste batteries and recycling them in a transparent and approved manner. INTERAMERICAN recycles approximately 2 tonnes of battery waste per year. 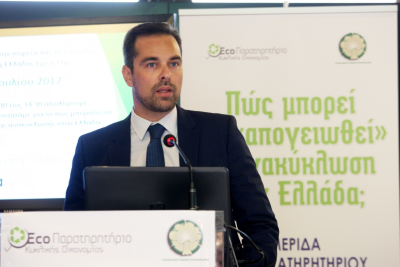 SUNLIGHT RECYCLING participated in the workshop on “How recycling in Greece can be upgraded?”

SUNLIGHT RECYCLING participated in the workshop on “How recycling in Greece can be upgraded?” organized by the Ecological Recycling Company, and the initiative for Circular Economy, ECO-Observatory.

At the event, SUNLIGHT RECYCLING received a distinction for its best practices in recycling and waste management.

He also referred to the first environmental initiative in Greece for proper lead-acid recycling, the “Green Mission”, which is being implemented in cooperation with more than 40 large companies of various industries and initiated by SUNLIGHT RECYCLING. 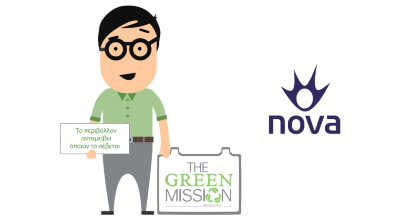 Nova, as a member of the Green Mission, supports initiatives targeted to the protection of the environment.. 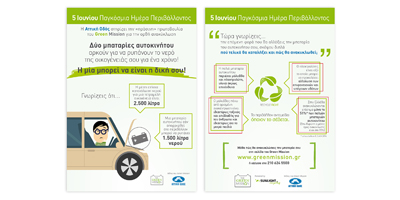 On the occasion of the World Environment Day, June 5, 2017, Attiki Odos and Operation Company Attikes Diadromes SA, supported the initiative of Green Mission to inform the public about the proper recycling of car batteries. 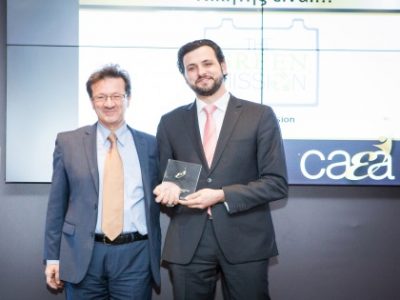 SUNLIGHT Recycling, member of the Green Mission, feted at the environmental awards

Athens 23 December ‐ A GOLD award in the category of Waste Management – Recycling and Reuse of Waste was granted to SUNLIGHT Recycling, member of the Olympia Group, owned by Panos Germanos. The presentation took place at this year’s Environmental Awards ceremony, held on Tuesday 20 December at the Athenaum InterContinental. 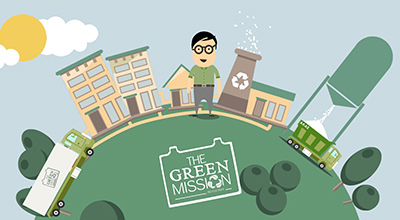 The Green Mission: A dynamic environmental initiative of SUNLIGHT Recycling for the proper recycling of lead-acid batteries

Athens, 6 December 2016 ‐ The management of Sunlight Recycling, member of the Olympia Group, owned by Panos Germanos, presented today its “Green Mission” environmental initiative, which aims to raise the awareness of the general public and business world with regard to the proper way to recycle lead-acid batteries. The Green Mission brings together many institutions and is implemented with the support of companies* operating in the Greek and global market.